Shopping Cart
Your Cart is Empty
Quantity:
Subtotal
Taxes
Shipping
Total
There was an error with PayPalClick here to try again

Thank you for your business!You should be receiving an order confirmation from Paypal shortly.Exit Shopping Cart

We moved to Cae’r Bryniau in October 2014, as complete beginner smallholders. Since then a sense of humour has enabled us to keep going past our rookie mistakes and failures, past the disasters (like the roof coming off the barn in a gale) and carry on smiling, loving our new life… most of the time!

One of our biggest challenges has been to set up a kitchen garden. Although Cae’r Bryniau was once a small dairy farm run by the Roberts family, with we believe about 17 acres, when we arrived it consisted of a cottage with farming outbuildings, a small orchard, a hen house and two large 2 acre fields grazed by neighbour’s sheep. No flower or veg beds.

Over the first winter, Nick identified the most suitable site for a polytunnel. His method was to get dressed up against the Anglesey weather and go and stand in various parts of the fields during a gale. Not surprisingly he chose a flat area sheltered from the prevailing wind by “Gorse Hill”, and then he began the groundworks - the first of many reasons why he needed to hire a mini-digger.

In the meantime, working around the gales, rather than through them, Suzi planted her first hedge, which will eventually be a windbreak for the polytunnel and kitchen garden area, known as The Valley.

Polytunnel in place, the next challenge was 4 raised beds for veg. We have added more since, in particular, a high one for carrots and parsnips so we have fewer comedy looking root vegetables now…

The local fencer, Aled, helped us divide the large fields up into smaller paddocks, more user friendly for our small flock of Soays, occasional pigs and evolving plans. We have continued to plant hedging and have added a lot of willow around the boundaries to create corridors for wildlife.

Often when Nick is to be found pottering – sorry – toiling in The Valley, Suzi will be wandering around the Tree Field, wondering which bit to tackle next. The Tree Field started as just that – we planted laurel on the cottage side, willow on the far side and native trees in between (Hornbeam, Beech, Hazel, Scots Pine and Oak). As you may have gathered, Anglesey can be quite windy, so the advice we had was to plant very small trees which would ensure their chances of success on this site.

Over the years, the plan has evolved and the Tree Field is now a fledgling forest garden. The idea is that between the trees (now including walnut, cherry, plum, mulberry, sweet chestnut) there will be shrubs, often with edible fruits (so far we have currants and gooseberries), and then the ground cover will include plants so that we can “forage” on our own doorstep (at the moment we only have alpine strawberries and sea beet).

We hope to keep bees one day and have been striving to add bee and pollinator friendly plants wherever we can. We have several small meadow areas which we have sown – with a little help from our friends – and other areas where we have let the grass grow to see what will pop up of its own accord. Nick has dug several ponds, including one in the polytunnel, and we have enjoyed seeing the wildlife arrive to live in and around them.

True self-sufficiency is probably out of reach for us, but we try to grow most of our fruit and veg. We made 25 litres of wine last year…time will tell if it’s drinkable, although our cider has worked well! Often the “good life” is difficult, frustrating and exhausting, but then when we sit down to a completely home grown meal with a vase of our own flowers on the table it all makes sense. 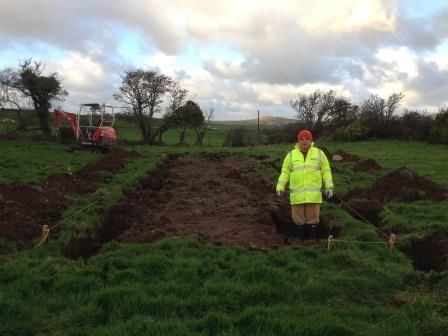 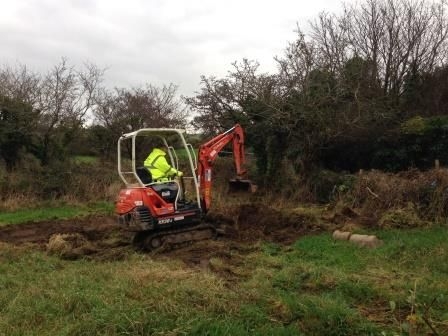 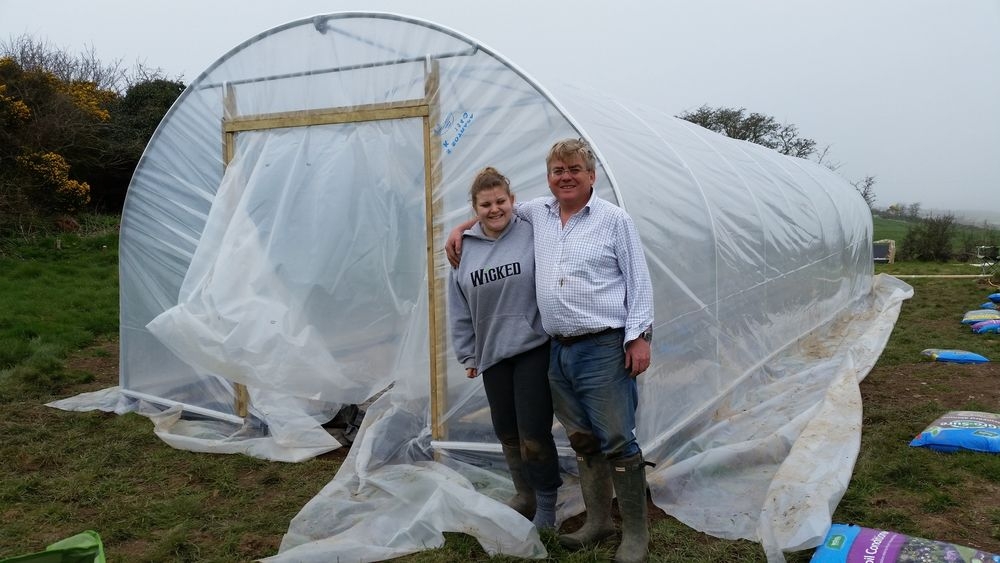 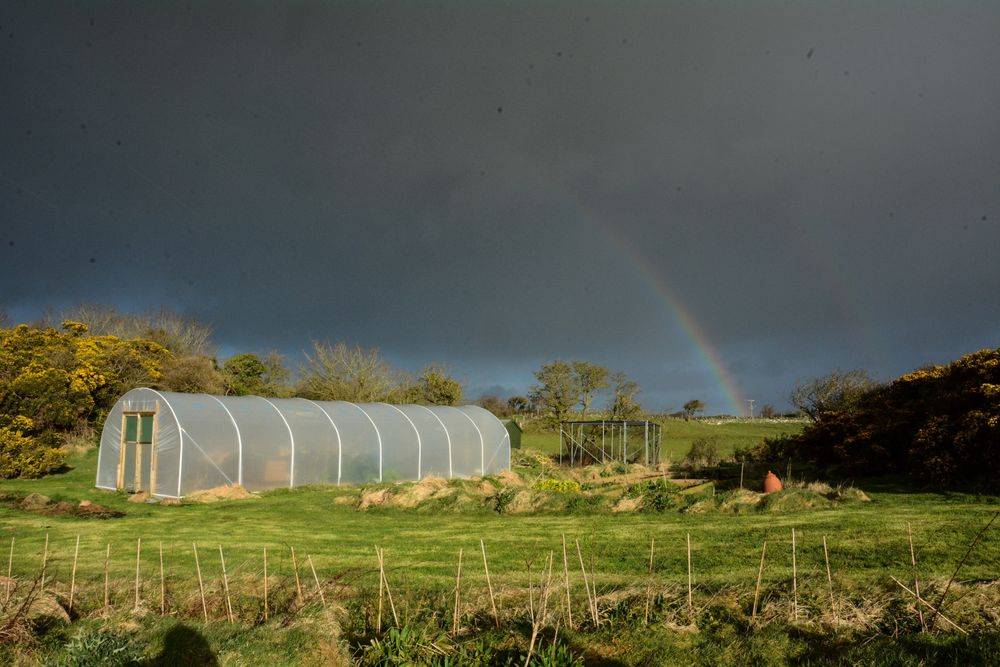 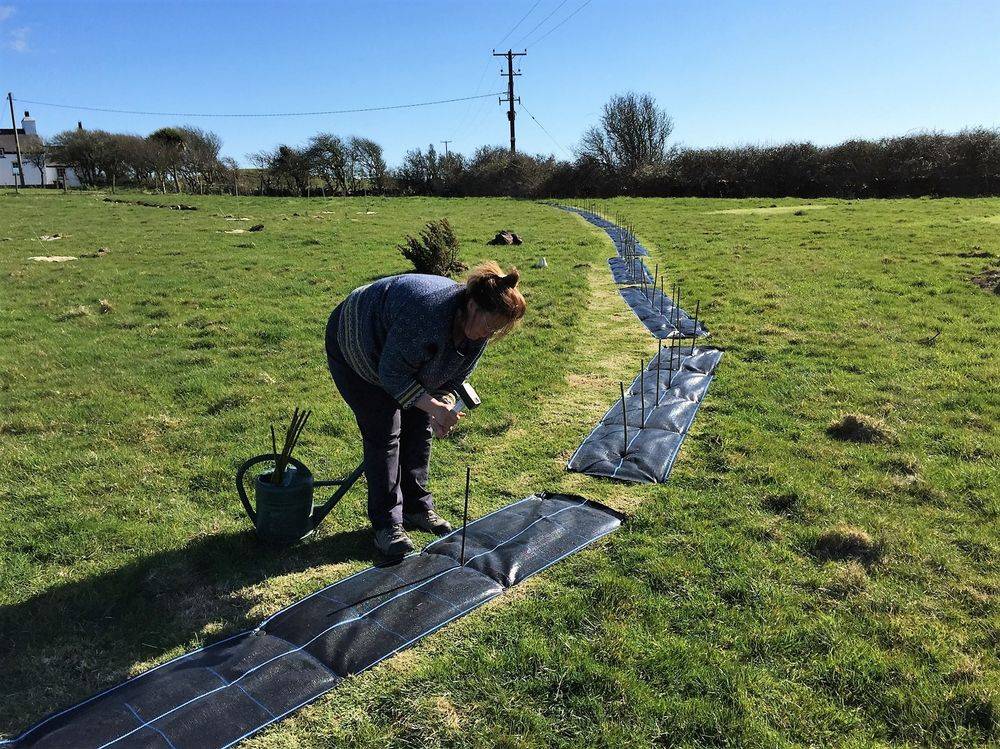 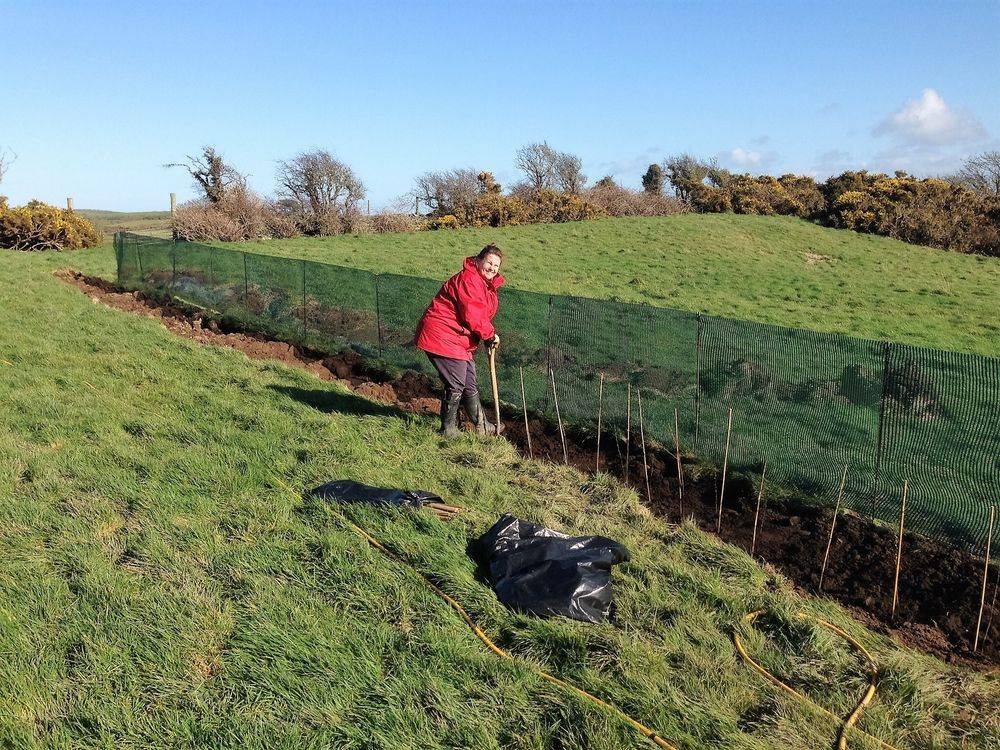 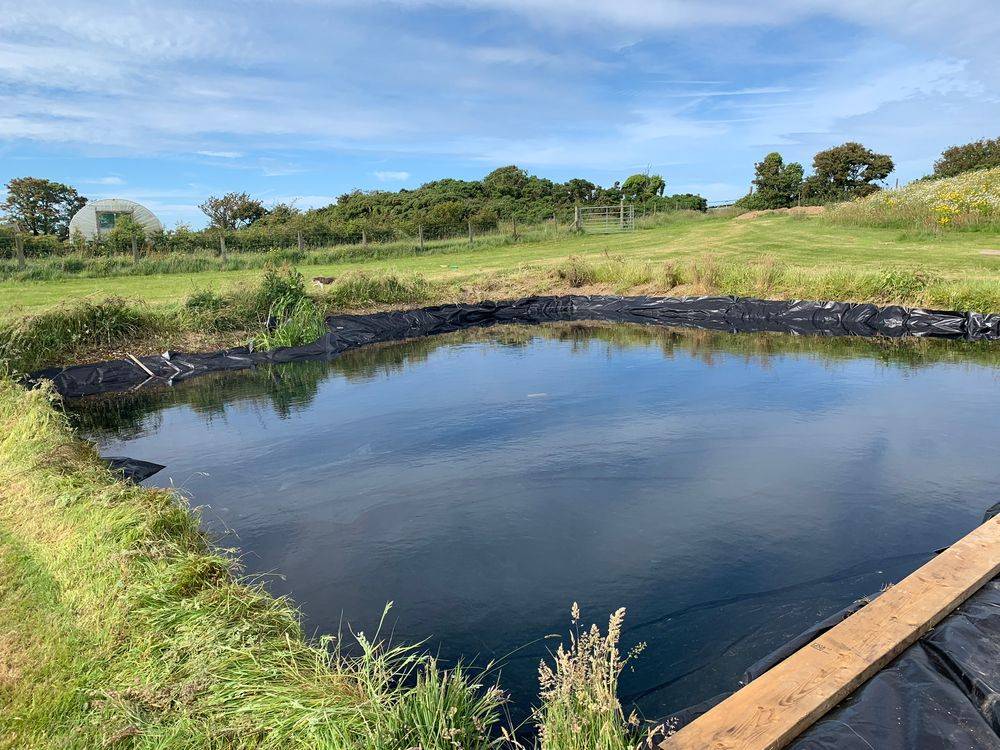